Figs have been growing for a long time on the Gulf Coast.  There were fig orchards growing near Angleton, Texas, at the turn of the 20th century.  The primary fig they grew was called Magnolia and was used to make preserves. The industry, however, went out of business after several severe freezes.

For a number of years, I have enjoyed the BA-1 fig.  It is a large green fig (about twice as big as the common sugar fig) with a red or pink sweet fleshy inside.  Grown in the ground it produces a large tree.  A cutting was given to me by the late Dr. Atlas.  When ripe, they have a green colored skin.  The green color often confuses the birds because they are not sure when to eat them, but they soon catch on.  The only way I know to stop birds from eating figs is to snap the square, clear empty strawberry containers over the nicest ones and let the birds have the rest.  Unfortunately, this method does not stop the raccoons, possums, and squirrels. 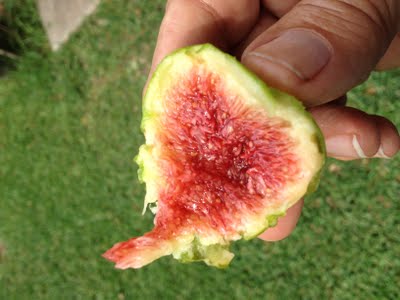 Beside the varmints that eat the figs, figs also have three main problems.  They get fig leaf rust, foot rot (phytophthora), and nematodes in our area. Rust starts out as small spots on the leaves that look rusty, and then the rust burns off the tips and pretty soon the whole leaf is aborted.  With no leaves on the tree, the fruit never fully develops and is not eatable.  To control the rust problem, a retired Berkeley California plant pathologist told me that Immunox (Myclobutanil) a sterol inhibiting fungicide will work.  It is a preventative and is not a cure, so it must be applied before the leaves show the rusty spots and tips.  Also, it must be alternated with an application of a copper spray so that resistance does not build up. 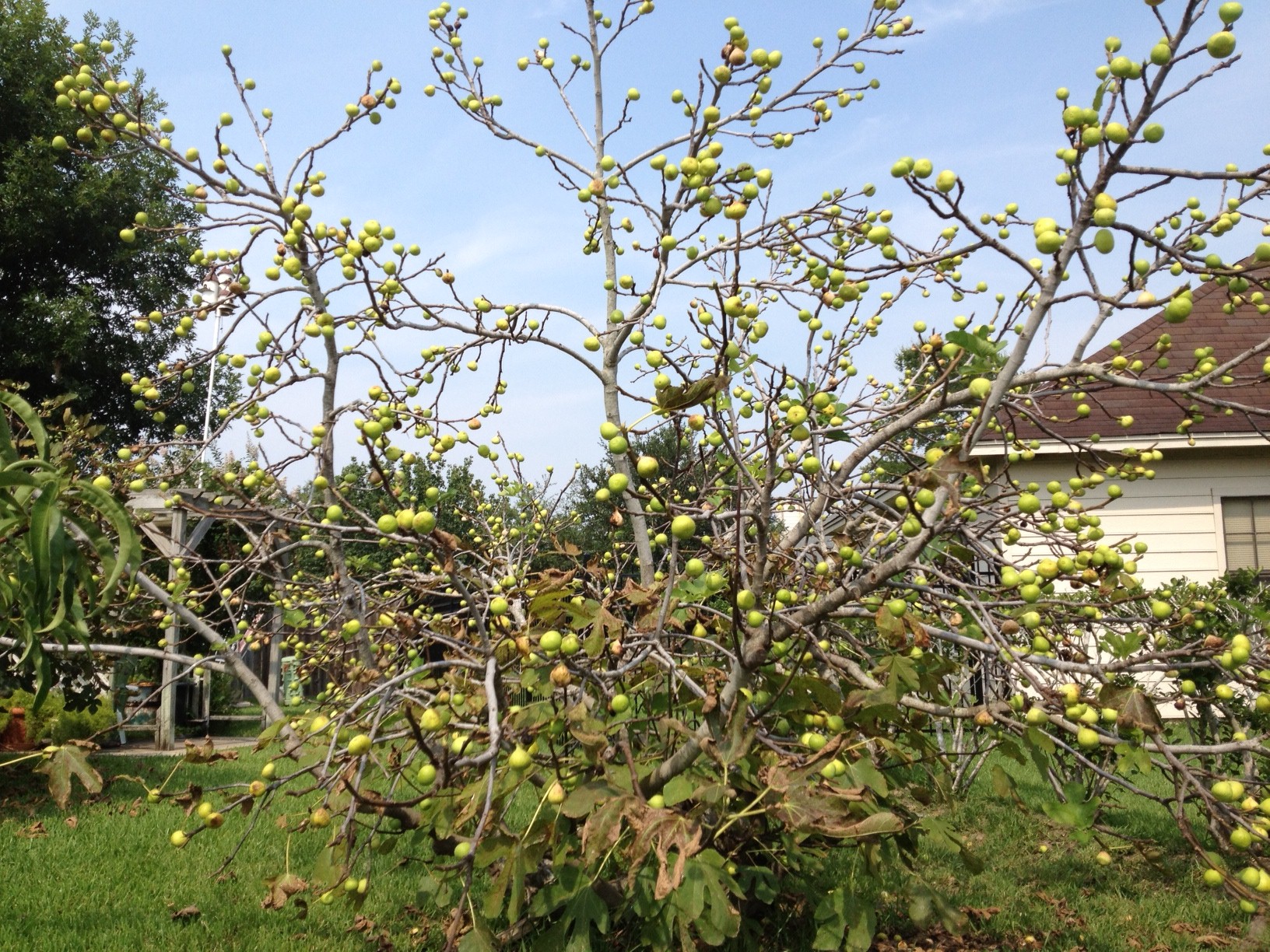 Another fig that I have grown, but have yet to eat a ripen fig is the Panache or tiger fig.  The tree grows nicely, sets lots of fruit, but also gets fig leaf rust and the fruit never ripens. 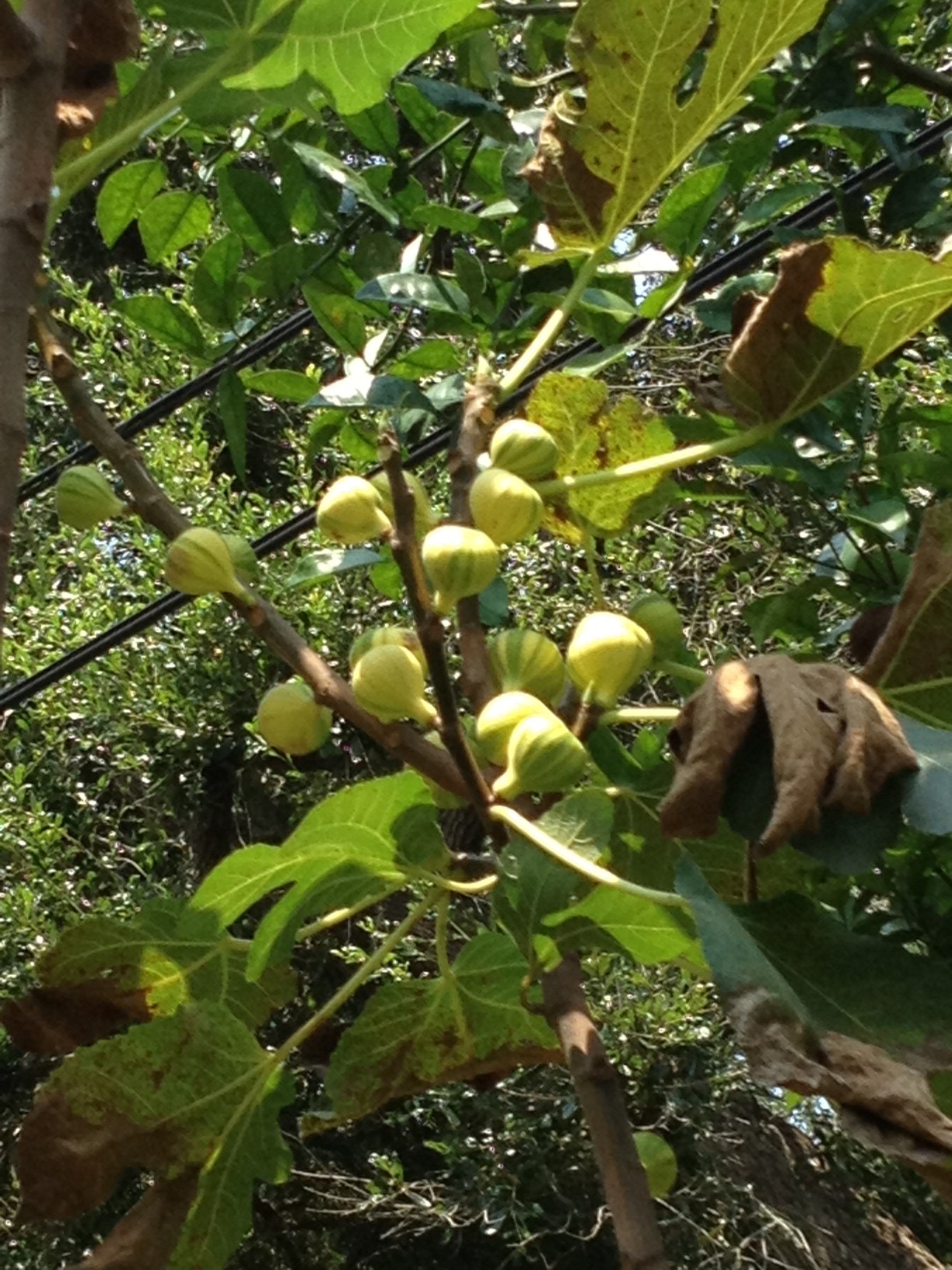