Citrus leaf miner is a moth that affects all types of citrus trees. Beginning in April until the first fall frost, many people in the Lake Jackson, Tx. area call me wanting to know what makes the leaves on their citrus trees shrivel and curl and what can be done to stop the destruction.  The culprit is a small moth called Phyllocnistis citrella, known as citrus leaf miner, that flies around at night, laying eggs on the under side of young, tender citrus leaves. The moth and larva are barely visible to the naked eye. If the moth can not find new tender leaves for its eggs, it will lay them on fruit and tender green branches.  The larva hatches from a water clear egg and immediately burrows under the epidermis (“skin”) of the leaf.  Once it is under the protective epidermis of the leaf, it is immune to surface sprays.  The larva tunnels throughout the leaf, leaving a trail of fras, destroying the leaf.  When it matures, the larva then goes to the side of the leaf and rolls one of the edges over.  Using the leaf, the larva creates a caterpillar type of cocoon, protecting itself from sprays as it changes into a moth.  Once it becomes a moth, this cycle repeats itself.  The larvae can go through several generations in one growing season.  Because the moth does not want to destroy its entire food source, it does not eat the first flush of spring growth, but it does become much more active during the second and subsequent flushes of growth.  In the winter the moth hibernates (but not on the plant) so removing damaged leaves in the winter does not stop the moth’s cycle. 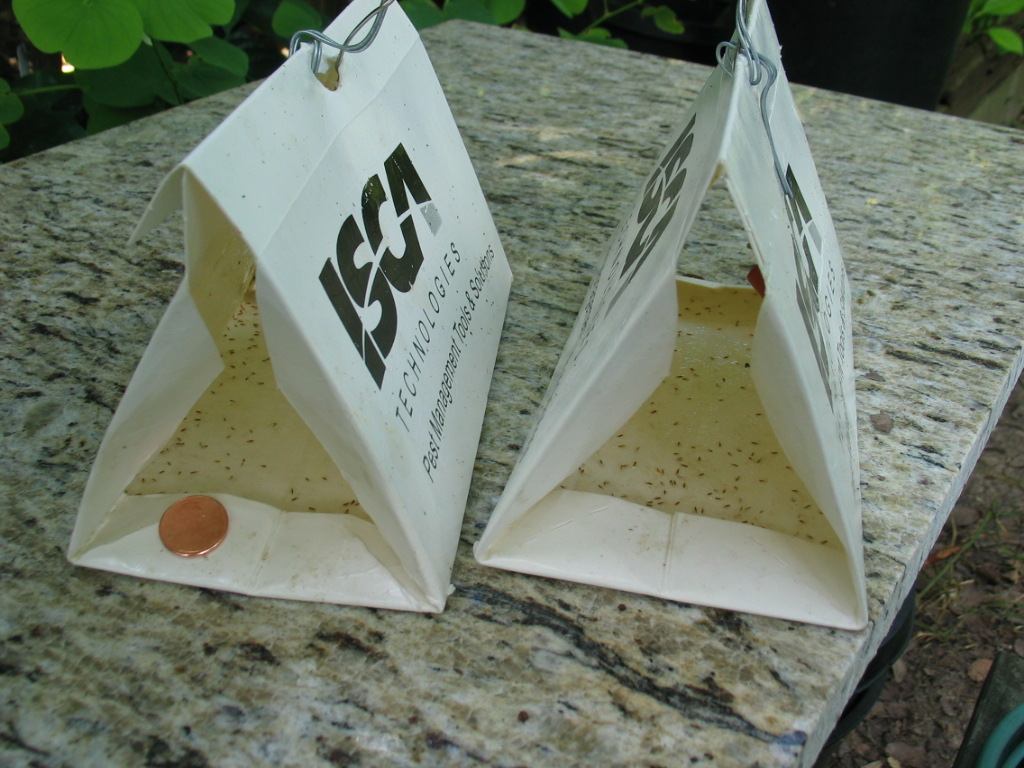 ISCA Technologies makes a pheromone trap for male CLM that can be hung in trees near your citrus.  I don't know how much they cost, but you can go to their web page for a quote: http://www.iscatech.com/exec/traps.html  I do not recommend this trap to get rid of CLM.  I have a friend who hung 10 in her backyard and she still got a lot of damage.  It is only good to give indication when the males are active and when to start spraying. 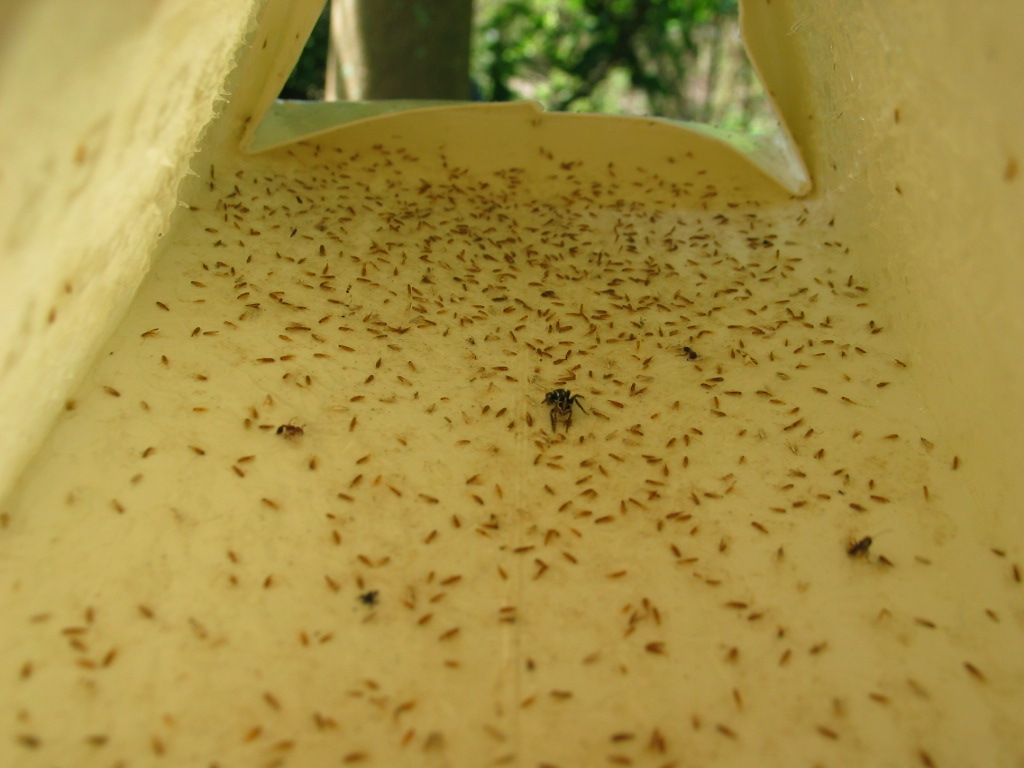 Close up of male CLM caught in trap.

A new organic insecticide, Spinosad has come on the market.  This is the active ingredient in Green Light's Lawn & Garden Spray with Spinosad which is sold at Lowes.  It is also found in Ferti-lome's Borer, Bagworm, Leafminer, and Tent Caterpillar Spray sold at local nurseries and a more concentrated form is called Conserve SC which is sold on ebay.  This is a surface spray, so it needs to be applied on the top and under the leaves to be effective.  The spray has to be applied about every two weeks and also after a hard rain.  Dormant oil slows the moth down, but it does not stop her from going to a leaf that did not get the spray.  Do not spray Spinosad until you see damaged leaf which is usually in late April or early May as earlier sprays only waste money and spray.

On non-fruiting citrus, a systemic (absorbed by the plant) insecticide has an active ingredient called Imidacloprid which is used by commercial growers.  It is sold commercially under the brand name Admire Pro, and it is also used in Tree & Shurb Insect Control by Bayer which can be purchased at Wal-Mart*, Lowes*, and other such stores.  This systemic insecticide is to be used in a soil-drenching procedure which is absorbed by the roots and moves up the tree to the leaves.  Since the insecticide goes inside the plant, it is more effective long term than using surface sprays and is not washed off by rain or irrigation sprays. It also has to be applied a week or two before CLM show up, time for the chemical to get to the new leaves.  The best way to use Admire is to apply a few drops to the green stem (trunk on real young trees) where new growth is occuring and it will be absorbed and protect that limb for over a month.  Be sure to follow instructions on the bottle on how to mix these insecticides in other ways. 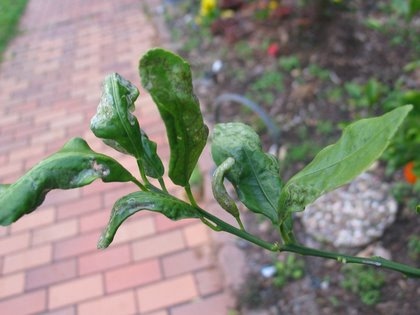 There are several predator wasps that lay their eggs on CLM pupae and eat the CLM.  Unfortunately, the Texas entomologist are having trouble introducing them to Texas orchards.

*Lowes, Home Depot and Wal-mart has started selling the Bayer Imidacloprid products mixed with fertilizer.  But Imidacloprid and Spinosad can be purchased at nurseries like Houston Garden Center under the Feri-lome Brand and other brands.